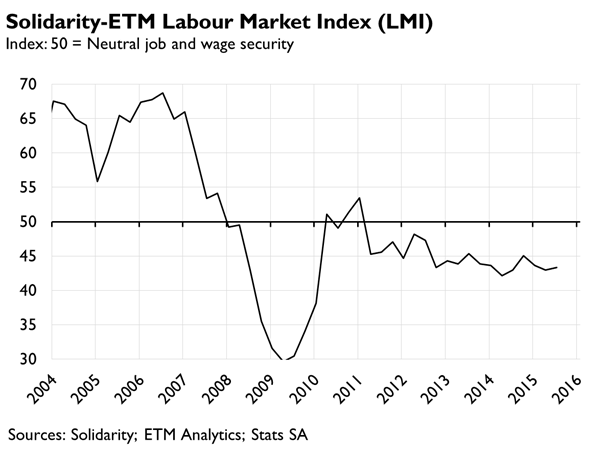 For a more detailed treatment of the composition of the index and its subindices, see the January–March edition of the South African Labour Market Report, or the background paper on the index. Both are obtainable on request from the Solidarity Research Institute.